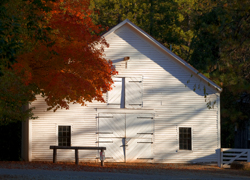 The town of North Bloomfield was founded during the gold rush and was originally called Humbug. It is now part of Malakoff Diggins State Historic Park and was the site of California’s largest hydraulic mining operation. 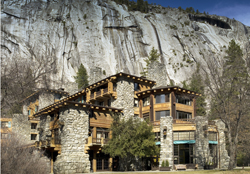 The Ahwahnee Hotel in Yosemite National Park features a unique blend of design influences, including Art Deco, American Indian, Middle Eastern, and the Arts and Crafts movement. It was completed in 1927 and became a National Historic Landmark in 1985. 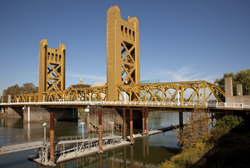 The Tower Bridge was constructed in 1935 and links the cities of West Sacramento and Sacramento. It was previously part of the U.S. Route 40 and the first vertical lift bridge in the California Highway System. It was listed on the National Register in 1982.