The nominations below were reviewed by the State Historical Resources Commission during the year 2021. Scroll down to view subsequent actions by quarter. New actions are added to the end of this page after each quarterly State Historical Resources Commission meeting. Agendas from past meetings are downloadable in PDF format below on the right sidebar.

Redwood City Woman's Club was founded to create social, educational, and benevolent opportunities for the women of Redwood City. One of several local women’s organizations of the period, the Redwood City Woman’s Club was the only women’s group that was not an auxiliary of a men’s lodge, and the only one to own its own building. The women were offered a lot in the new Dingee Park subdivision, with the proviso that they raise the funds to build a clubhouse. Built by local contractor Charles Miller, the 1911 clubhouse embodies the distinctive characteristics of the Craftsman style.

Jefferson, Thomas, School is located one block east of Capitol Park in Sacramento’s Midtown neighborhood. The 1922 building is an architecturally significant example of a Tudor Revival style school designed under the aegis of the Sacramento School District’s Architectural and Engineering Commission, formed in 1920. The work of two master architects—Commission Chairman E.C. Hemmings and James Dean of Dean and Dean—the building exemplifies the school district’s distinctive architecture program of the 1920s.

North Sacramento School is associated with the foundation, growth, and development of the community of North Sacramento and with the establishment and growth of the North Sacramento School District. The one-story Mission/Spanish Colonial style building designed by master architects C.C. Cuff and E.C. Hemmings includes a one-and-a-half story central auditorium with clay tile gabled roof flanked by projecting classroom wings. The school’s 1915 to 1953 period of use mirrored the community’s era as a vibrant independent city, and the school’s role as an amenity utilized by boosters to promote growth. 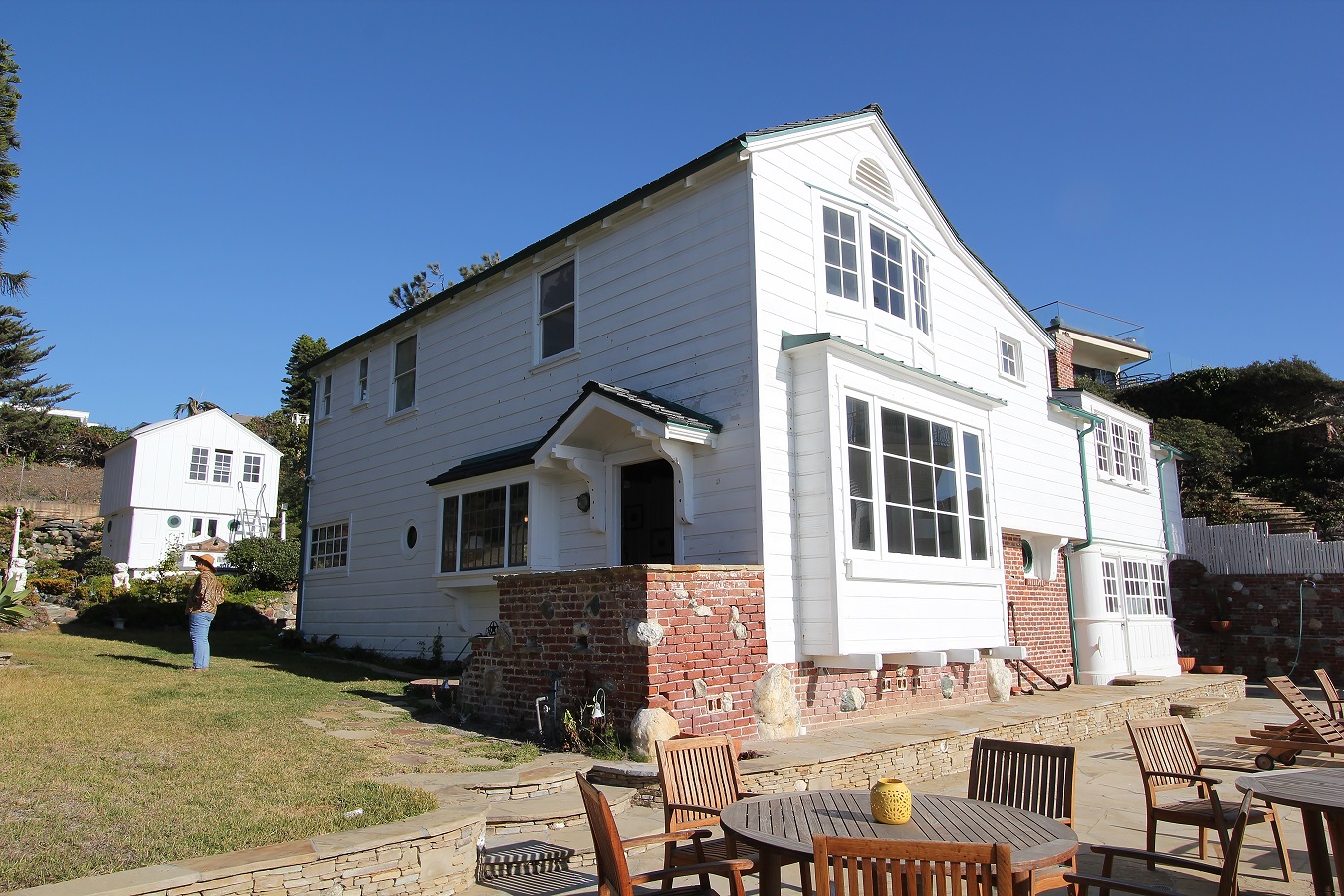 Griffith, Edward and America, Residence is a large cliffside property in the Three Arch Bay community in the South Laguna neighborhood of Laguna Beach, Orange County. The property includes a single-family residents along with other buildings, structures, and features erected between 1927 and 1970, associated with filmmaker Edward H. "Ned" Griffith and actress America Chedister Griffith. Most of the buildings are reflective of the Cape Cod variant of Colonial Revival sytle, accented with nautical references.

Point Fermin Historic District in Los Angeles updates two individually listed sites, Point FerminLight Station and Battery Osgood-Farley, into a single district including contributing properties around these two buildings. Battery Osgood-Farley is a Los Angeles coastal naval battery and lookout station, including the central batteries, Osgood and Farley, radio compass generator building, base end stations, and naval detection defense stations. Originally listed in 1974, the battery is eligible under Criterion A for its association with the nation's military defense system. Point Fermin Light Station in Los Angeles is a lighthouse building, constructed in 1873, and related resources, including coal house and privy, storehouse, and cisterns. The property is eligible under Criterion C for its architecture, and Criterion A for association with maritime transportation. In addition to the expanded boundaries and contributors, the nomination revises the Period of Significance to 1873-1944, from original construction of the lighthouse battery to the date of Battery Osgood-Farley's decommissioning. 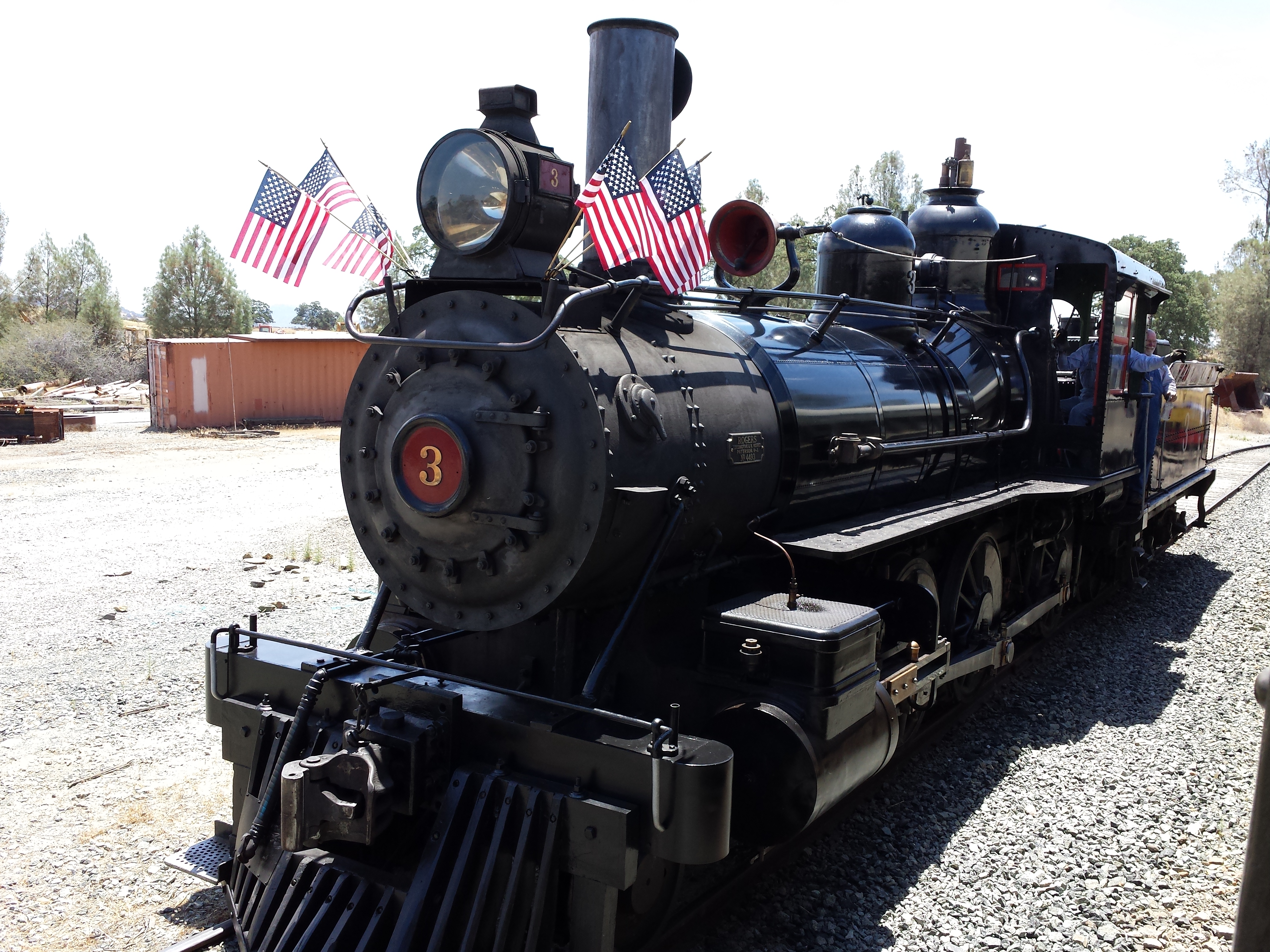 Sierra Railway Shops is a 22.5 acre district incorporating the central shops facilities for Sierra Railway's central shops building, located in Jamestown, Tuoumne County. The Shops facilities, originally constructed for steam locomotive, freight and passenger car maintenance and repair, includes freight depot, roundhouse, car shop, turntable, and other ancillary equipment. The Shops are significant under Criterion A for their association with this eastern California railroad, and also significant in the area of entertainment media at the national level of significance. Sierra Railway Shops is the most intact and significant example of a "movie railroad" in the United States, utilized as a filming location and production facility for movies and television from the era of silent film through the present day. Sierra's shops crew created ingenious "costumes" for their vintage steam locomotives, including different styles of smokestacks and pilots, to change the locomotives' appearance based on the setting and era of particular films, much like special effects makeup and costumes are used by actors. Today, the facility is known as Railtown 1897 State Historic Park.

Truckee Veterans' Memorial Building This 1939 veterans' hall was designed by Sacramento architect George Sellon in the town of Truckee, Nevada County. Designed in an unusual style reminiscent of a Gothic arch, suggesting the stylistic influence of military aircraft hangars or Nissen huts, the Veterans' Memorial building became a social and community center for Truckee. In 1959, a steel tower built next to the Veterans' Memorial Building to enclose the area's legendary Rocking Stone, an unusual balanced-rock geologic formation, became part of the 1960 Winter Olympics. The memorial building and tower were built on the former site of the McGlashan Mansion and its earlier tower. The property is nominated for its association with the history of Truckee and its notable architecture.

Hines House is a main house with guest house in the Modern Movement Shed Style. Located in The Sea Ranch, a planned community in unincorporated Sonoma County, the rectangular plan buildings are constructed of timber framing over a concrete perimeter foundation, with vertical redwood siding and redwood shingle roofing materials. The property embodies the distinctive characteristics of the style and represents the work of California master architect William Turnbull, Jr., FAIA and California master builder Matthew D. Sylvia.

Munk, Walter and Judith, House is located in the Scripps Estates Associates residential neighborhood in La Jolla, a hilly, seaside community within the city of San Diego. As an excellent example of the Modern Movement, the buildings exhibit distinctive characteristics associated with the Organic-Geometric and Post-and-Beam subsets of the Modern style. The property is the work of regionally prominent artist and architectural designer Judith Munk—who designed the buildings, landscape, theater, and associated works of art—and is associated with some of Dr. Walter H. Munk’s scientific and academic advancements, and Judith and Walter’s contributions to the social history of Scripps, University of California San Diego, and the La Jolla community.

Pasadena Avenue Historic District, a leafy residential district of single-family homes, sits at the south-central/southwest edge of the city of Pasadena and includes eleven resources in the city of South Pasadena. A high concentration of intact buildings from the late nineteenth and early twentieth centuries represents a broad, eclectic range of architectural styles—influenced by the Arts and Crafts Movement centered in Pasadena at the turn of the century—that clearly demonstrate the evolution of residential architecture in Southern California throughout the 1885 to 1938 period of significance.

Winehaven Historic District (Boundary Decrease) amends the 1978 listing of a large commercial wine processing, storage, and shipping facility on the Potrero San Pablo peninsula, on the eastern shore of the San Francisco Bay. As listed, the district encompassed one hundred acres and fifty-seven resources—a mix of the original winery buildings and structures, and later construction from the district’s adaptive reuse as a Naval Fuel Depot known as Point Molate—and is amended to sixty acres with fifty-two resources. The property, characterized by its industrial campus and company town setting, is significant for its contribution to the early period of winemaking in California and for its distinctive architecture.

Carnegie is an update to the existing California Historical Landmark #740.

Past agendas of State Historical Resources Commission meetings and workshops are posted on the Past Agendas page.